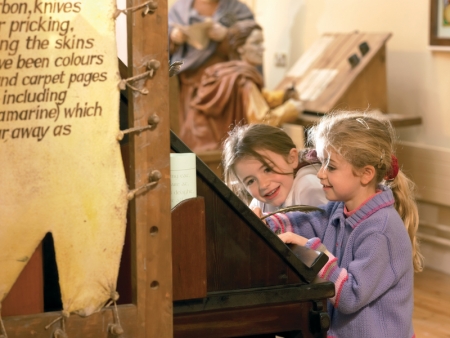 In 1968 a small group of pediatric otorhinolaryngologists in Italy (Carlo Gatti Manacini, Renato Fior and Giulio Pestalozza) took the initiative to organise a conference in Sirmione to share their experience and discuss potential innovations.

In 1977 a second meeting followed, organised by the same colleagues: “the official 1st World Congress of Pediatric ORL”.  At the end of this event the European Working Group in Pediatric Otorhinolaryngology (EWGPO) was founded.

After the Conference Robert Pracy, who had been Conference Chairman, Giulio Pestalozza and Robert Ruben decided to begin a new peer reviewed journal: the International Journal of Pediatric Otorhinolaryngology.  The submitted manuscripts, which were felt to be most useful, were selected for publication in the first and second editions of the Journal.  Under Editor-in-Chief Robert Ruben the Journal developed into a prominent forum for changes in the “world of science and medicine related to pediatric otorhinolaryngology”.

In the years that followed, meetings of the EWGPO were held regularly in various countries, with local chairmen:

At the end of the Rotterdam meeting the congress president, Carel Verwoerd, presented to the General Assembly a proposal to transform the Working Group into an official Society with Articles of Association (Bylaws) and this was accepted by acclamation.  The name was changed to the European Society of Pediatric Otorhinolaryngology (ESPO).  The Bylaws were ratified by notary in Rotterdam in 1997.  The first official Board of ESPO consisted of Carel Verwoerd, President; Renato Fior, Secretary-General; Cor Cremers, Treasurer; Paul Van Cauwenberge, Past-President; Pekka Karma, President-Elect; Jetty Verwoerd-Verhoef, Member.

The main purpose of ESPO (Bylaws article 3) was to promote the quality of otorhinolaryngological care for children by:

– facilitating the dissemination of knowledge

– promoting the training of otorhinolaryngologists who are concerned with the care of children.

The Council is the governing body of ESPO (Bylaws article 12).  Members are proposed by national ORL or Pediatric ORL societies in Europe.  Countries outside Europe may be represented in the Council by liaison delegates.  The first delegates appointed were Robin Cotton (USA), Kimitaka Kaga (Japan), Ajay Kothari (India) and Tania Sih (Brazil).

In 2006 minor changes were made to the Bylaws and most importantly the original distinction between minor conferences and major congresses (held alternately) was abolished.

After 1994 conferences and congresses were held in:

The number of conference participants has steadily increased from around 70 in 1984 (Sevres/Paris) to more than 1600 at the 2016 and 2018 congresses in Lisbon and Stockholm!

Otorhinolaryngologists, other medical specialists and non-medically qualified professionals  with a special interest in otorhinological care for children are eligible for membership and are most welcome  to participate in Congresses, meetings  and  training programmes.